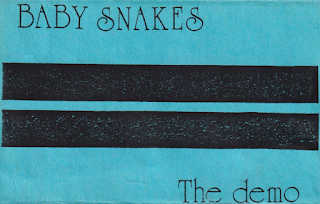 Baby Snakes was a mod/power pop band from Sweden who did a total of three ska songs which appeared on some compilations so people called them a ska band. They're not. Most of their music is power pop for their mod audience.

This is what I believe to be every song they ever released. 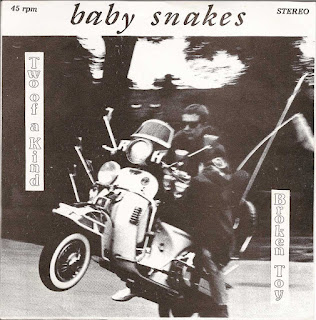 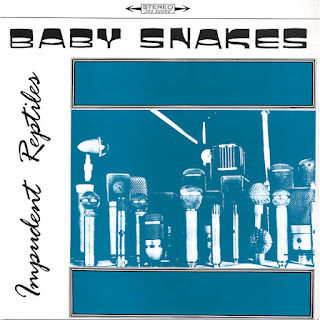 2 It Wouldn't Have Lasted

*Ormen -  this was included on a 1996 comp called Roots of Swedish Pop Vol. 1 The Mod Years. It is the exact same recording from the demo tape but I included it because the quality is a bit better than the tape rip.

About the demo tape. For the last couple decades one thing I knew for a fact was that this demo tape is so rare I would never get to hear it and I was certain that I would never own a copy myself.

A few weeks back I was buying a rare tape from Discogs and the seller had a copy of this so I do hold in my possession a physical copy. This is my rip of the tape and my scan of the cover. The tape itself is solid black with no printing or stickers. I know a few of you out there have been looking for it so I am willing to trade or sell it.

I was able to convince my kids that this band was so famous that in Home Alone 2 Uncle Frank was singing their song "Cool Jerk" in the shower. They believe it. They're kids. Kids are stupid.